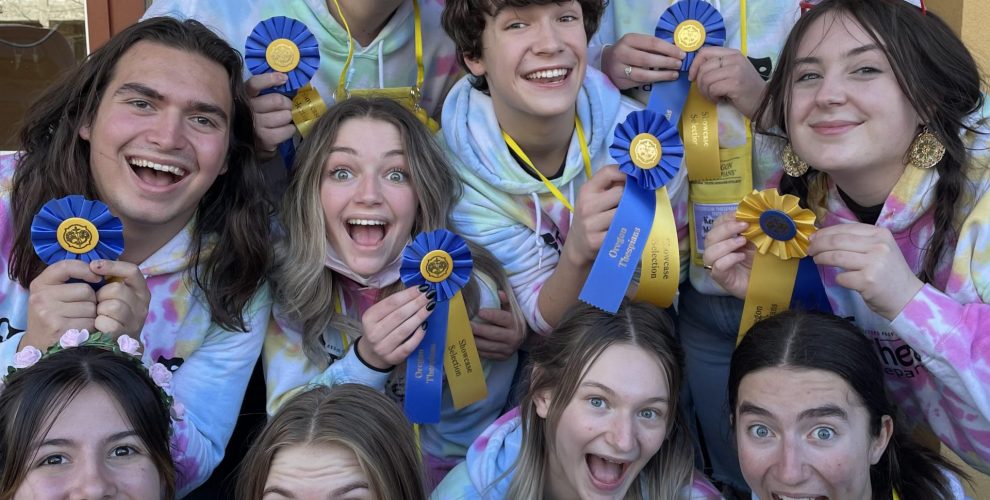 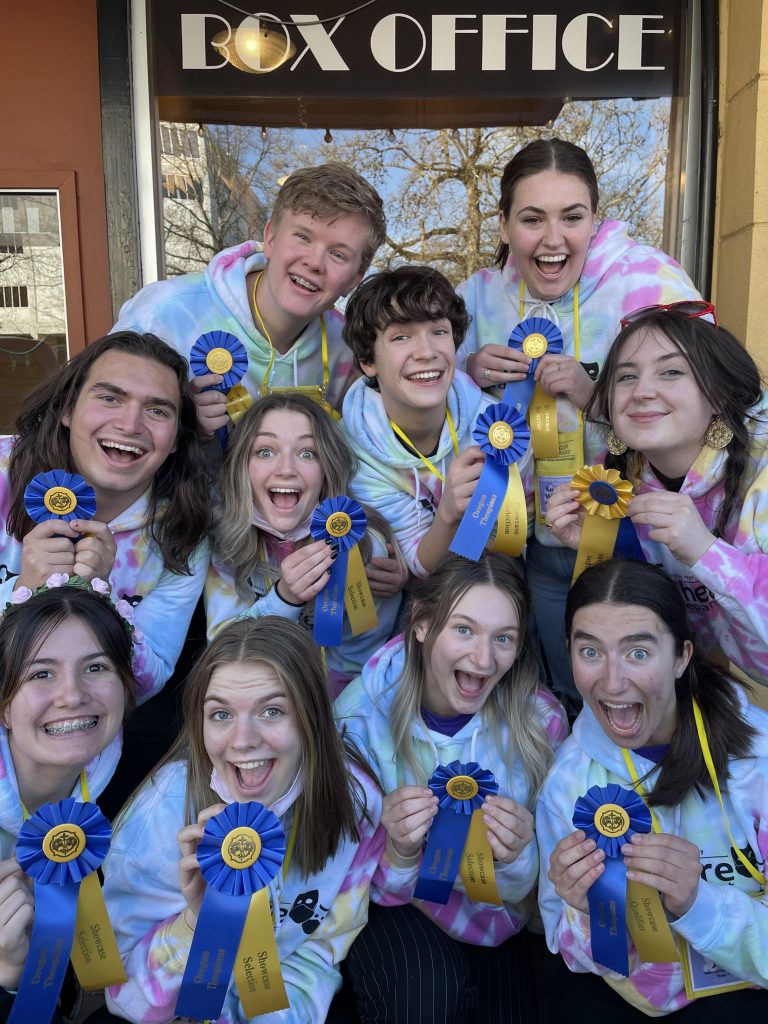 Redmond Proficiency Academy’s (RPA) thespian troupe recently competed in the annual Oregon Thespian State Festival where they earned awards, scholarships and advancement to the International Thespian Festival. The State Festival is the signature event for Oregon thespians, attended by over 1,500 theater students and teachers from around the state and features main stage productions, dozens of one act plays, workshops and presentations.

“After two years of cancellations due to the pandemic, it was wildy fulfilling to be back in-person at the Oregon State Thespian Festival,” said Kate Torcom, RPA’s theatre director. “All of our students involved this year came together with passion and an unmatched fervor. Their professionalism, playfulness, and desire to create a collaborative community with other theatre students was heartwarming.”

Senior Lana Frisinger won an award for her stage management work on RPA’s production of “PUFFS,” making her eligible to advance to the International Thespian Festival scheduled for June 2022, at Indiana University in Bloomington, Ind.

RPA Thespians were awarded the highest honor of State Showcase Select for their Large Group Musical number, which means they were able to perform their piece, a song from “Cry Baby, the Musical,” on the mainstage with seniors Casey James and Kendra McGuire, junior Lydia Carter, sophomores Ruby Boland and Allie Smith, and freshman Talon Confer, Cohen Flanagan, Claire Gray and Katey James.

Senior Kendra McGuire won the Oregon Thespian Scholarship and said she was excited to be able to attend state (in-person) one last time.

“This State was really rewarding,” McGuire said. “When we showcased in front of all of our fellow thespians, it was as if all of our hard work paid off. I am very grateful to have won the Oregon Thespians Scholarship this year and to have such a supportive troupe. I was constantly laughing, making friends, and learning. I am so glad I could go to State one last time with all of my best friends!”

In addition to student accolades, Theatre Director Kate Torcom won the Rex Rabold Memorial Award, an honor presented to someone who received a substantial portion of his or her education in Oregon and has achieved professional status in acting, writing, directing, or other aspects of theatre arts.

RPA Theatre’s appearance at the state festival marks the fifth straight year they have showcased, an unmatched accomplishment for schools in Central Oregon.