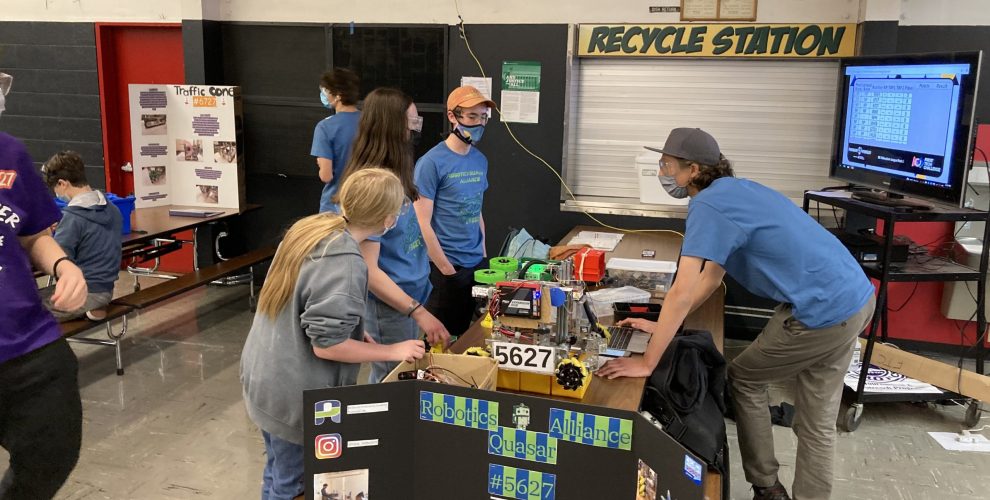 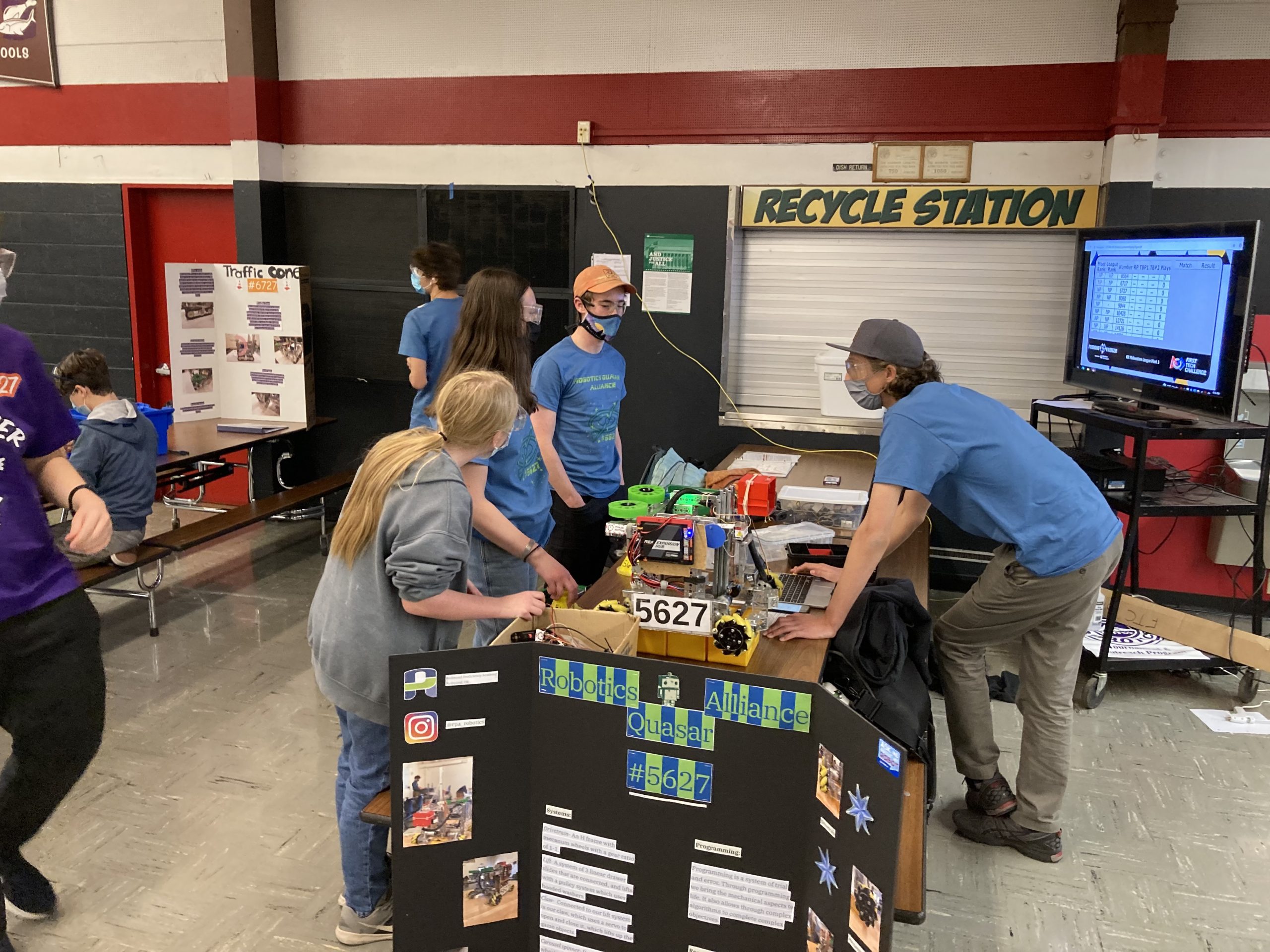 RPA’s robotics teams recently competed in the FIRST Tech Challenge in Springfield, Ore., with Team #5627 placing in the top five, while Team #6727 managed to secure a top 10 spot in the rankings.

The first league meet of the season, the competitions allow teams to earn points that will determine their overall ranking in the league. Both teams are looking forward to doing well at additional meets in January, which include a qualifier that will allow them to qualify for the state championship.

The teams competed with their own robots in a challenge themed around the transportation of goods. Fourteen teams each came to the event with their own ideas for how to best transport small plastic cubes and spheres from “warehouses” (corners of the arena surrounded by barriers) into “shipping hubs” (three-tiered, balanced platforms) in both autonomous and driver-controlled runs.

Team #5627 featured a 3-D printed claw that could lift the goods to the highest tier on the platforms for maximum points. Team #6727 used an elevator to scoop goods and deliver them efficiently. 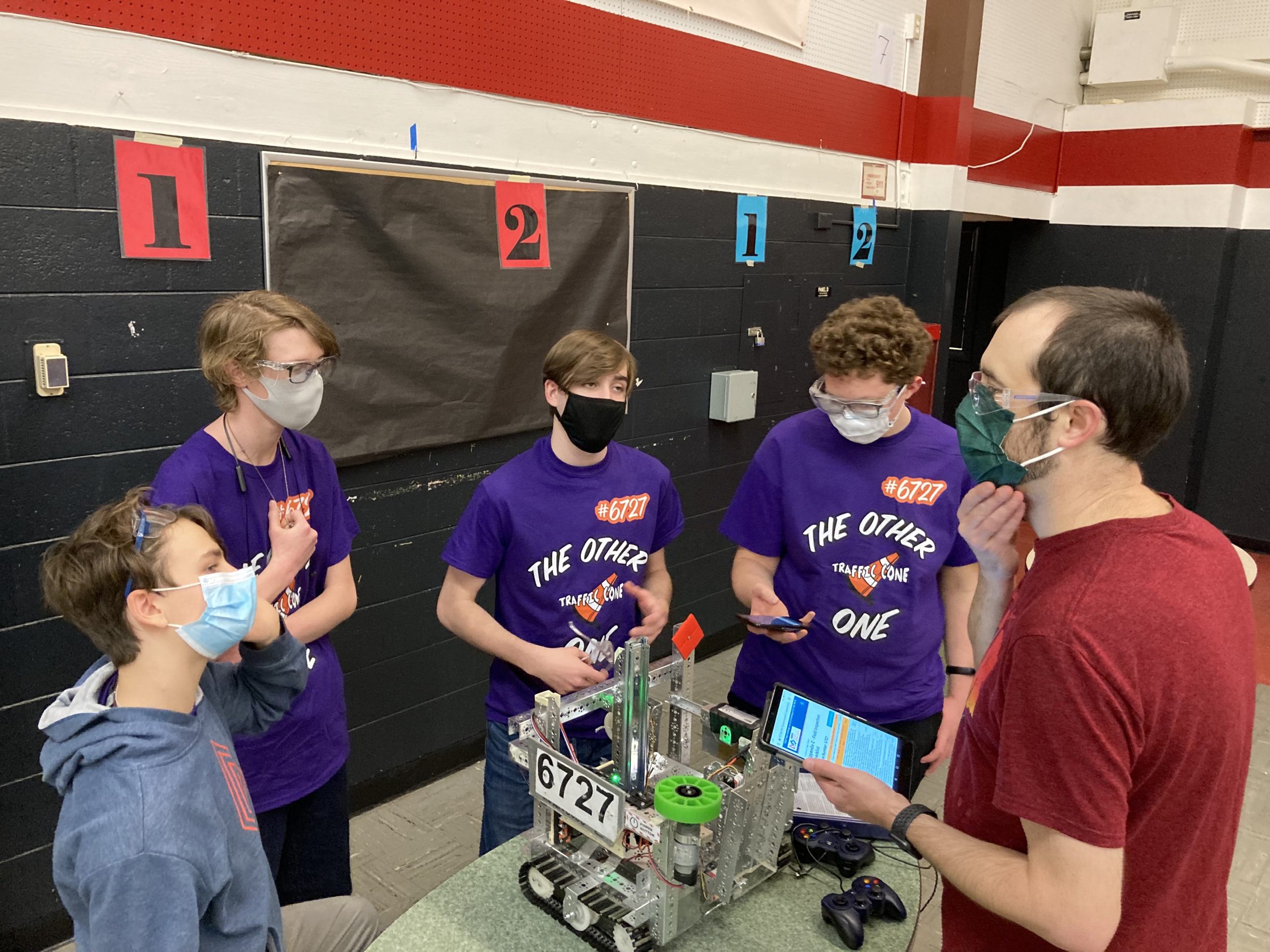 The following students are enrolled in the RPA Robotics class and participate on the two teams: