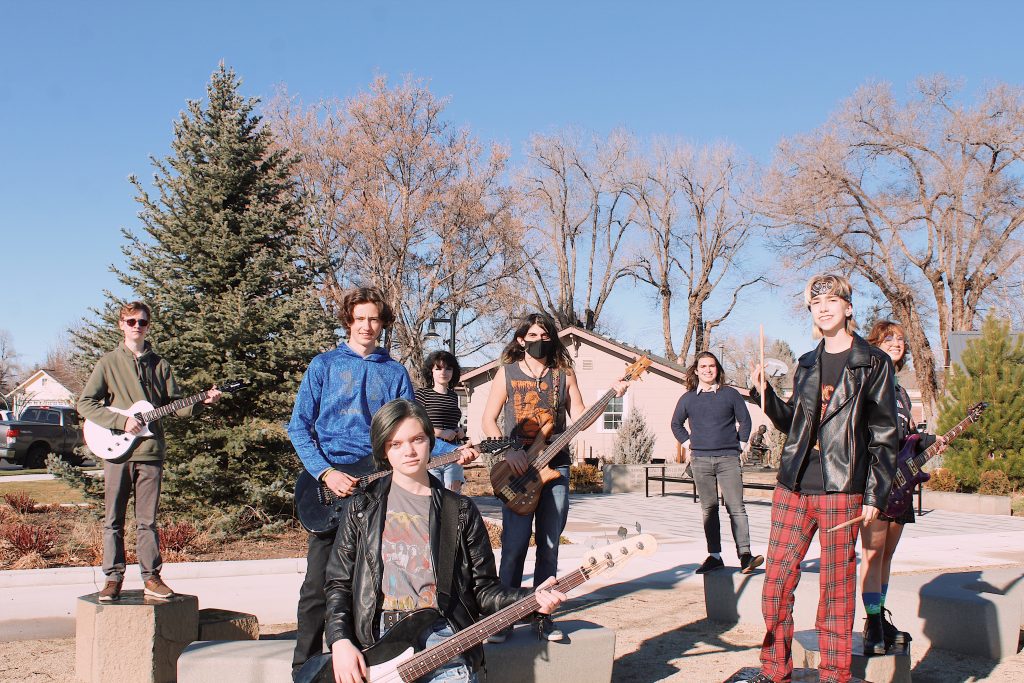 After a nearly two-year hiatus of musical ensemble classes at RPA, students are collaborating and making music together once again and are excited to release a Winter Showcase of music on Friday, Feb. 4, Music Director Jonathan Moore said.

The project was recorded and filmed during a marathon six-hour session with the help of Central Oregon Sound and Security and Morse Coding.

“Before the showcase this winter I had never actually written a song, much less write one with a band and perform it on stage,” said senior Casey James. “I never thought I’d be able to be in an actual band and hold my own. I am so grateful to Mr. Moore and my classmates for giving me a shot and letting me rock it with them on the stage. This experience has been a total life changer for me, because of this I now know that music is something I want to do after graduation.”

Made up of five music ensembles from grades 9-12, Herd of Funk, 9am and 12pm Rock Bands, Music Lab and RPA Vocal Ensemble, the music is a mix of original compositions, traditional music and popular selections.

“It was a very enriching experience and I loved being able to be on stage with my fellow bandmates, even if we didn’t have an audience,” shared junior Vanya Crumrine. “There’s a certain satisfaction that comes with smoothly performing a song that you and your band has learned, even while in rehearsal. For me, it’s a very happy place, and I’m sure my bandmates agree.”