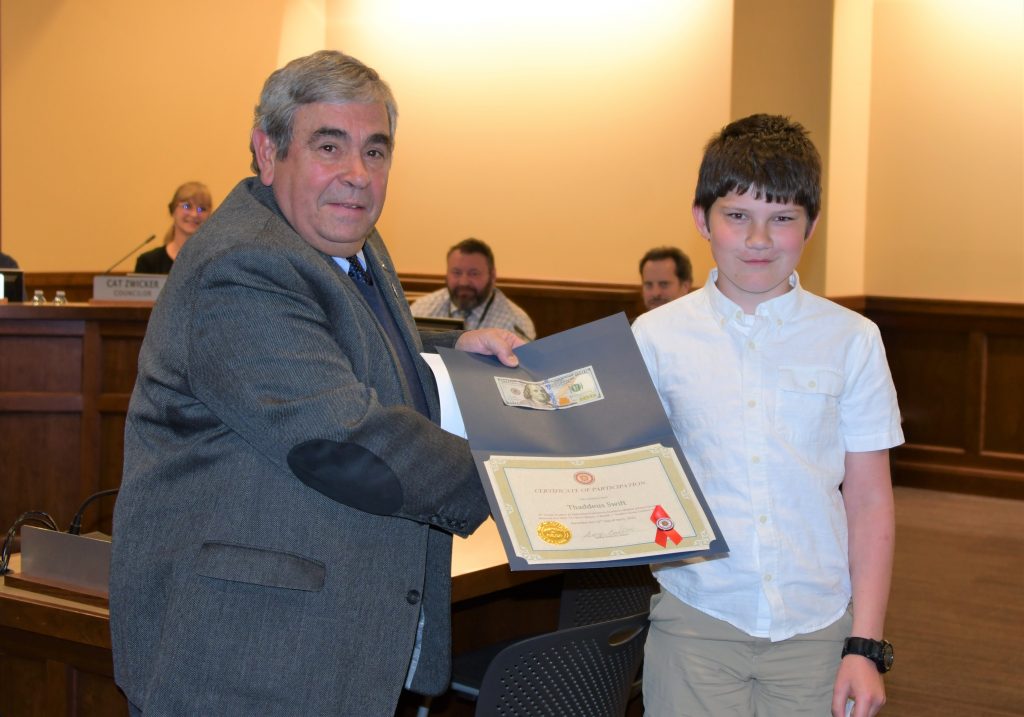 Redmond Proficiency Academy (RPA) middle school student Thaddeus Swift is one of the winners of the 2022 City of Redmond’s “If I were Mayor…” contest, winning the Middle School Student Essay category for his thoughtful take on how he’d govern Redmond.

The annual contest gives elementary, middle and high school students the opportunity to explain policies and initiatives they would put in place if they were mayor.

In his essay, Swift wrote, “If I were mayor, I would build another fire station, get more youths involved in city decisions, build a community pool, and add more multi-use paths in town.”

He went on to say, “Getting more youths involved in city committees would bring fresh and new ideas to the table. Building a new community swim center would bring together the residents of Redmond for exercise and fun. Providing more multi-use paths in the town would increase the ability to get around safely and enjoyably without using a car.”

Swift’s essay was judged on creativity, clarity, proper use of grammar and subject relevancy.

His win marks the second straight year an RPA student has won at least one category of the contest, with RPA high school student Chaela Baker and middle school student Harrison Swift winning their respective categories in 2021.

Swift received $100 for his win, and his essay will now move on to consideration at the state level with the possibility of winning $500.

Mayor George Endicott had the honor of informing Swift of his first place win during a Redmond City Council meeting on Tuesday, April 12.