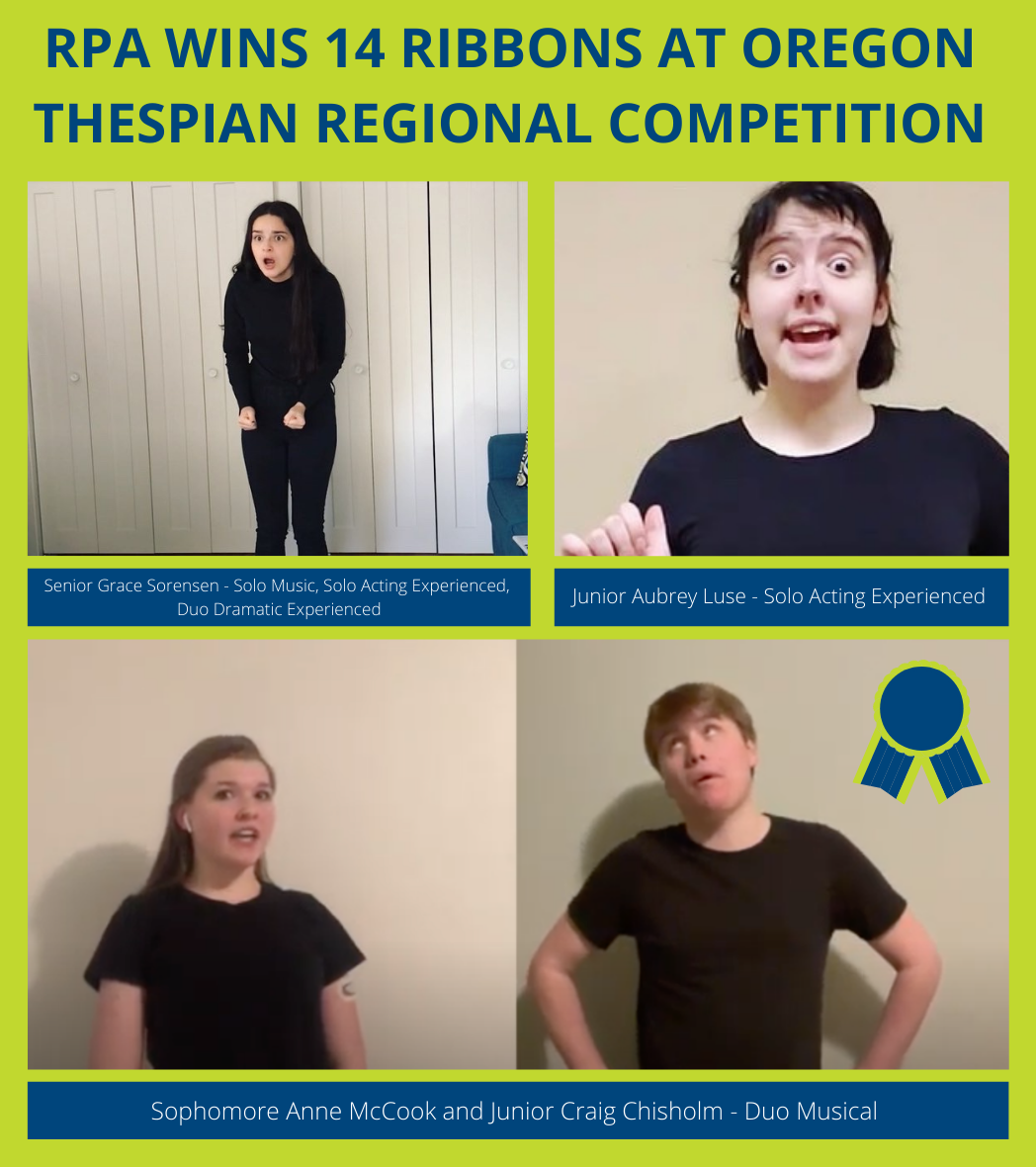 “In a year where it’s hard enough to complete any daily task, let alone compete via an entirely new format and yet they still took home fourteen ribbons,” Theatre Director Kate Torcom said. “It’s a testament to the tenacity and true heart of this theatre department. These students truly put themselves out there and I am pleased to see their dedication recognized.”

An all digital event this year, students were given from Feb. 6-12 to submit their acting competition videos and judges had from Feb. 13-22 to rank them and submit scores. Results were announced on Tuesday, Feb. 23 via the Oregon Thespians Instagram account.

“As a school that predominantly focuses on ensemble-based performance work, RPA Theatre was faced with some real challenges with the elimination of the group musical and acting categories,” Torcom said. “However, our students were able to overcome this change, hone in on solo skills, and find new ways to collaborate via digital means.”

Due to COVID-19 restrictions, no group acting or musical entries were permitted this year in an effort to maintain student safety. Despite a massive drop in participation across the state, RPA put forth one of the biggest submissions in the region and state.

All eight of RPA’s theatre competitors ribboned this year, winning in the following categories:

“Being a senior amidst a pandemic, still pursuing my dreams of acting and singing at higher levels, I was really nervous and excited to compete virtually this year,” Grace Sorensen said. “It’s been really fun and complicated learning to do theatre online, but I’m proud of myself for qualifying in all three of my categories, it’s like a final hoorah!”

Competition rules stated that participants were to record videos in their own spaces and videos had to be recorded in one take with no editing.

“Winning as a freshman is a big accomplishment and I’m really proud of myself,” said Allie Smith. “I couldn’t have done it without my peers who have been so supportive during these times.”

Thespian Troupe #7715 advances to compete digitally at the State Acting Competition in April and at the International Thespian Festival in June.