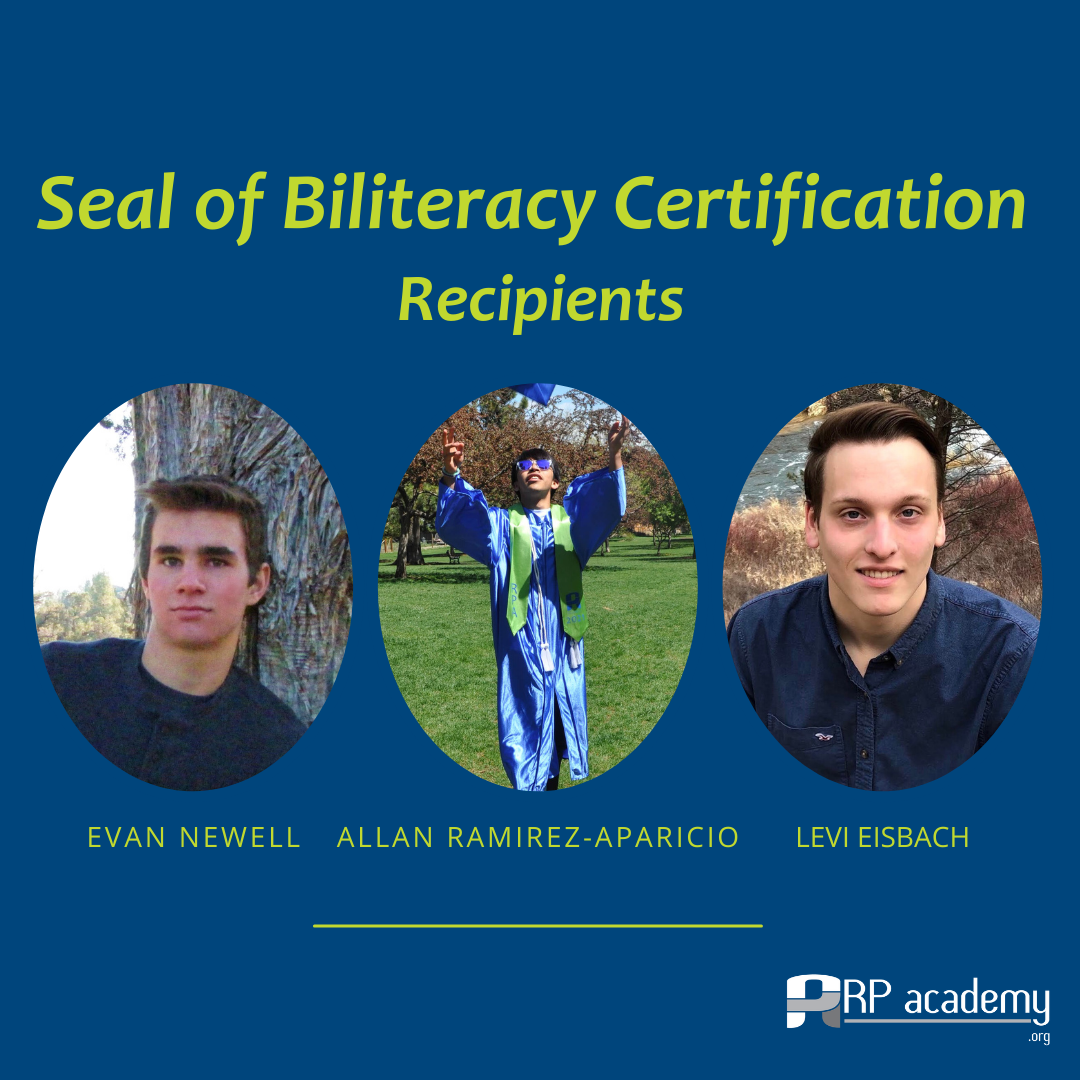 The State Seal of Biliteracy was established to recognize high school graduates who have attained a high level of proficiency in reading, writing, listening and speaking in one or more world languages in addition to English.

Newell and Ramirez-Aparicio earned their certificates with Spanish proficiency and Eisbach passed both the Spanish and German language exams.

According to the state, purposes for the Seal of Biliteracy include encouraging students to study language, providing employers with a method of identifying people with language and biliteracy skills, preparing students to be college and career ready, recognizing and promoting world language instruction in public schools and to strengthen intergroup relationships, affirm the value of diversity, and honor the multiple cultures and languages of a community.

“I’m very proud of Levi, Allan and Evan for earning biliteracy certifications,” said Troy Longstroth, Spanish instructor at RPA. “I’m excited for the program as it recognizes the hard work students put it in and pushes them to advance their proficiency skills, something that will benefit them in the workplace and as they travel.”