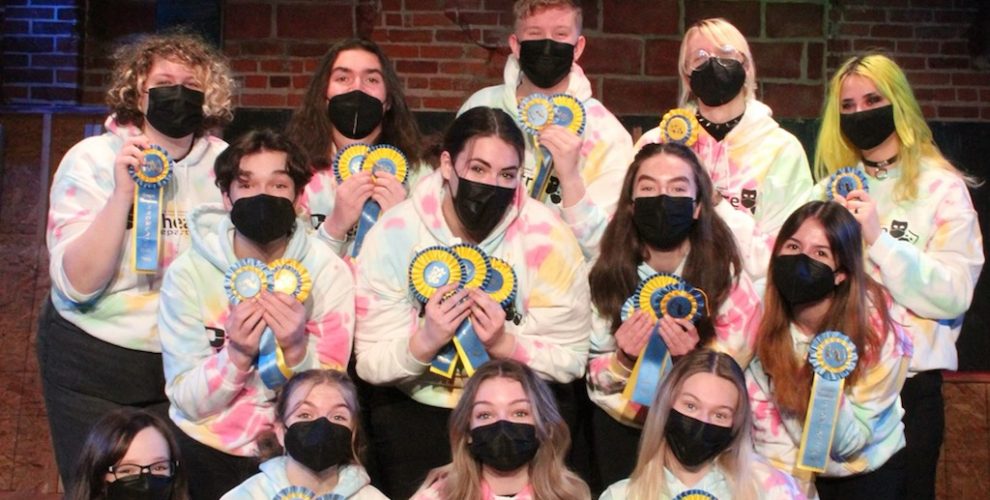 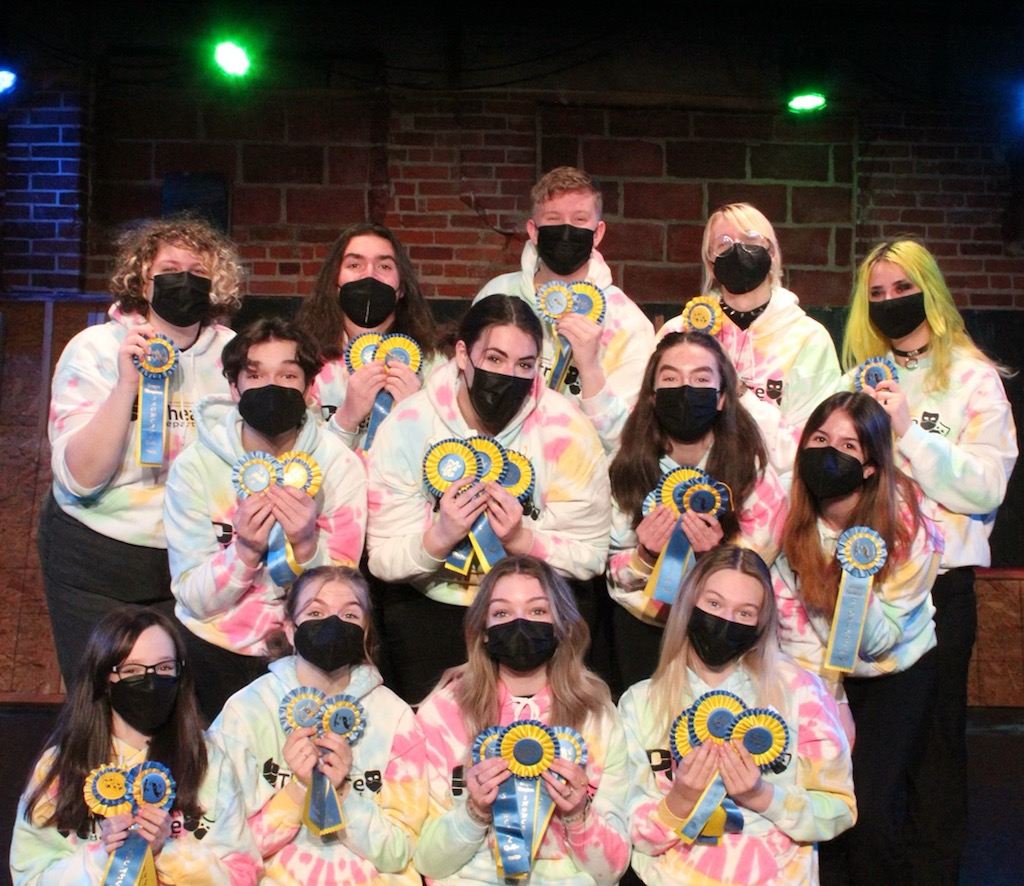 The competition was hosted by Central High School in Independence, Ore, where students were able to compete in-person this year, a shift from last year’s all-digital competition.

“Watching these RPA students come back to in-person competition amidst endless pandemic challenges and seeing their hard work rewarded was a true highlight,” said RPA Theatre Director Kate Torcom. “Ribbons aside, their professionalism, empathy and grace in the room was unmatched. They truly represent what RPA is all about.”

RPA students ribboned in the following categories, qualifying them for the State Acting Showcase Competition at the Oregon Thespians State Festival in April:

“I am incredibly grateful to have been able to compete at regionals, for the last time, in person,” said Senior Kendra McGuire. “Being there with not only my RPA Theatre family but also my Oregon Thespian family was such a great time! The feeling of togetherness and love was unbeatable.”

RPA was the most decorated troupe from Central Oregon at regionals for the seventh year in a row and has established a reputation as a strong competitor in the Southern Region and throughout the state.

“It’s incredibly validating,” said Freshman Katey James. “I never really thought I would qualify in all three categories my first year, especially after not really doing any theater for two years, due to Covid. I’m so grateful to be a part of RPA Theatre, because they work so hard and I know I’m going to grow so much!”

Troupe #7715 next moves on to compete at the State Acting Competition in April.