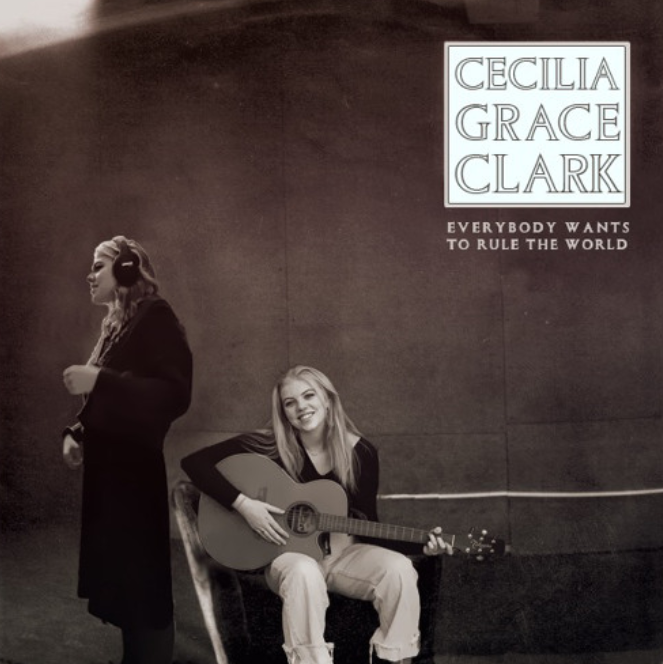 Redmond Proficiency Academy (RPA) sophomore Cecilia Clark recently recorded a beautiful cover of the Tears for Fears classic, “Everybody Wants to Rule the World.” With the accompaniment of a few other musicians, including piano work from professional jazz singer and pianist, Laila Biali, Clark recorded the song in the family kitchen, with her father acting as executive producer.

The idea to record the track came from Cecilia’s father, Cameron Clark, who decided they needed a project after growing increasingly bored due to quarantining in their Central Oregon home. Cameron Clark has worked in the music industry for 30 years, producing music events locally and across the northwest. Her father also has a musical background, having played drums in high school and as a member of bands in his younger days.

Even though the Tears for Fears song was released in 1985 – long before Cecilia was born – she explained how the lyrics spoke to her.

“While the original song was about men in war holding power, I felt the lyrics applied to our current cultural landscape where men are expected to behave or be a certain way,” Cecilia said. “My approach to the song was about taking on a patriarchal system that perpetuates some pretty outdated ideas.”

Cecilia plays an electric Fender Jazzmaster on the track, while another guitarist, local singer-songwriter, Erin Cole-Baker, plays a locally-made Breedlove acoustic guitar. Cecilia is only in her second year of guitar playing, having taken RPA’s Guitar 1 course last year with RPA Music Director Jonathan Moore. Cecilia cites Cole-Baker as her mentor throughout the recording process and credits her for not only her musical contributions on the track but making her a better musician.

All in, the entire experience took a few months from conception to finally uploading the song to Soundcloud. Cecilia said the process was slowed down due to Laila Biali’s talents being requested by international recording artist Sting.

“As my dad explained, everybody knows that when Sting sends you an S.O.S., you drop everything and answer the message,” she said with a smile.

Biali’s piano arrangement can be heard throughout the track. She has performed with Sting and in 2019, her eponymous release won a JUNO (Canada’s GRAMMY) for “Vocal Jazz Album of the Year.”

For her next act, Cecilia plans to record an original track for the next RPA Music Collective album to be released sometime in 2021.

“This experience was a lot of fun and exactly what I want to keep doing,” Cecilia said. “I’ve learned so much from my music courses at RPA and it’s been amazing to take what I’ve learned and be able to see that development play out in this song.”

Cecilia Clark’s cover of “Everybody Wants to Rule the World” can be heard here, tiny.cc/CeciliaClark.