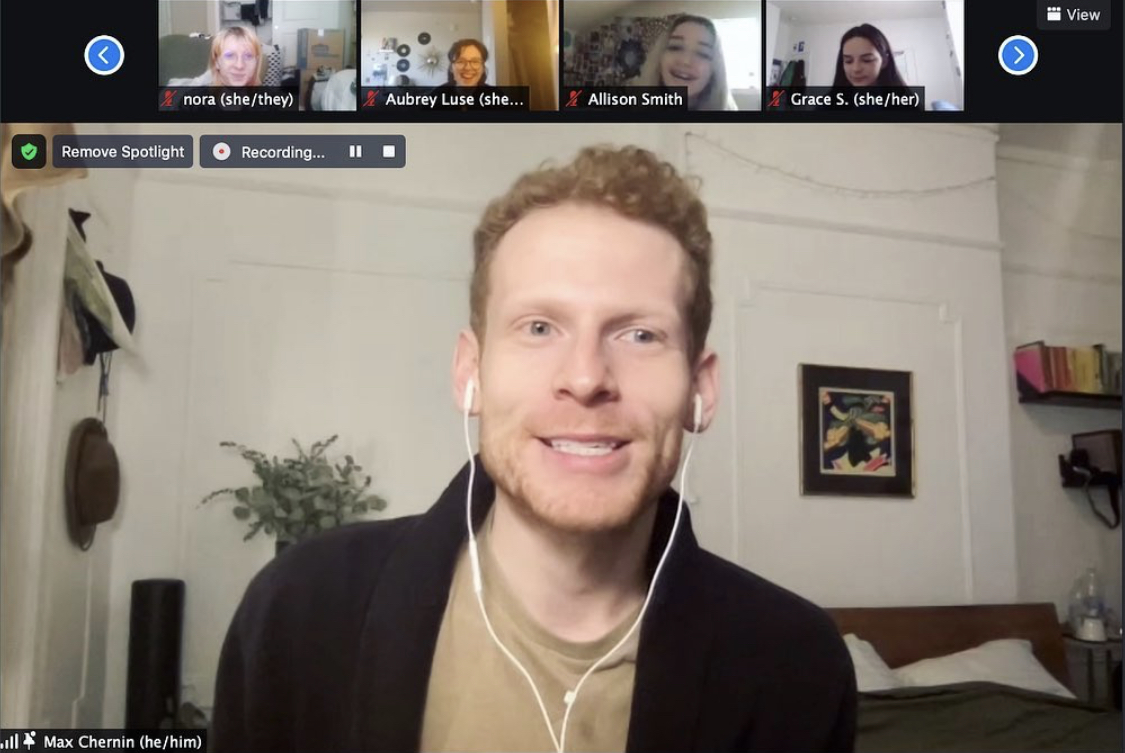 Rehearsals for RPA Theatre’s spring musical, Bright Star, began this week with actor Max Chernin, one of the original cast members of the Broadway production.

On Wednesday, Feb. 3, Chernin held a digital dramaturgical session where he discussed the history of the show, its background, how it was workshopped and his experience on Broadway. He will also hold individual vocal coaching sessions with the show’s soloists throughout February.

Chernin has appeared in two Broadway musicals and has had multiple screen appearances, including his most recent, a role in Apple TV’s Dickinson season 2.